All the Clues We Missed 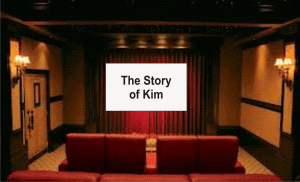 I love eating popcorn and milk duds as the previews roll. I love snuggling into my pillow as “Feature Presentation” lights up my widescreen. I love films with intricate plots that drop subtle clues along the way. And I love movies with surprise endings that make me think, “I need to watch this again so I can catch all the stuff I missed the first time.”

For some of us, I think that’s what judgment is going to be like–our every word and deed shown in a God’s 360-IMAX cinema. For those who have been bathed in the soul-saving blood of Christ, they’ll be no shame when our name’s on the marquee and our biography lights up the big screen. Instead I think we’re going to watch it like Avatar, Lord of the Rings, Titanic, or Toy Story. Like Harry Potter, Star Trek, Star Wars, or Indiana Jones.

And in this showing, we’ll get to see all the clues we missed the first time around. All the times that God intervened. All the “coincidences”. All the near-misses. All the unseen battles between angels and demons. We’ll watch as God worked—the master of the machine—transcending time and space to bring about every detail in our lives.

But what about today while the camera is still rolling and we’re living this side of eternity? Sure we see some of those clues, those little hints that God is really there, and that he’s behind all the details. We notice them if we’re looking for them.

For example, I have an anniversary of sorts coming up. August 29th marks two years since I separated from my husband of 21 years. I can’t believe it’s already been two years. Two years that I’ve wrestled with my character and co-dependency, repented of idolizing my husband, and fought to stand on my own two feet as a whole person, finding my identity in God alone.

So August 30th is like the beginning of a brand new year for me. God has even blessed me with a full-time teaching position so I can be financially independent. Here’s the clincher: Guess what day I get my first real paycheck in 15 years?

That’s a Lord of the Rings ringer. That’s an Avatar ah-ha moment. That’s going to be one of the clues that won’t surprise me when God and I are snuggling on his couch with our 3D glasses eating milk duds and popcorn. I can finally see how he fit that one clue into my whole story, give him a light jab in his proverbial ribs, and sigh, “That was so cool.”

What about you: Do you actively look for all the intricate faith-building ways God is working in your life?