Burying a Friend in the Back Yard 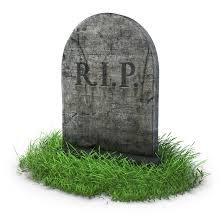 I’m not usually given to weepiness over a pet. I only have a dog, ferrets, and bearded dragons because I have kids. When my nest empties, the ferrets and dragons go with the kids. (The dog
probably won’t live that long.) So you’d think when it came time to putting an animal to sleep, I’d be a dry-eyed stoic.

One of our ferrets had a common glandular disease for the last two years. With it he lost his hair (and looked more like a hairless rat), and over the last few months lost the ability to control his bowels. When he started crying for no reason, I proposed to my daughters that we put him to sleep.

After we got over the initial rainstorm of tears, my girls made the mature decision and agreed that it would be the most human thing for the little critter. So I called the local animal hospital and scheduled the appointment thinking I’d do the deed after my fitness class and before running to the grocery store—just another errand in my busy Saturday.

I knew I was in trouble when I pulled a large towel off the bathroom shelf, put it into a crate that I planned to carry the ferret in, and tears started streaming down my cheeks. One of my kids found the sleeping animal—okay, his name was Bolt, yes, like the movie dog—and as I put him in the crate, we all started sobbing. I managed to squeak out a prayer with my arms wrapped around my girls and escaped to my car with Bolt sniffing curiously at the towel and the unfamiliar crate.

When I pulled up the animal hospital, I checked myself in the rearview mirror and wiped at the mascara bags under my eyes. “Lord, help me with this,” I sighed. “I can do this. I don’t even like this ferret.”

I was in a private patient room within a few minutes. I practices my yoga breathing. I didn’t want to make a complete blubbering idiot of myself in front of the doctor or nurse. This was a pet, for crying out loud. Not my father or a child.

Then the little hairless weasel started shaking and I wrapped him up in the towel and just held him. Of course as soon as the nurse walked in I started crying, mascara tears streaming down my face again. We took care of the paperwork—I cringed at the bill—and then the doctor came in and explained the procedure. He asked me if I wanted to be in the room when they did the deed and like a glutton for punishment, I said yes.

I was shamelessly crying when I carried Bolt into the operating room. Still in his towel, I put him in a clear sealed box they had waiting with a tube attached to a tank of sleeping gas. It only took him a few minutes to fall asleep while the doctor, the nurse, and I watched, making small talk to keep me from liquefying into a salty puddle on the tiled floor.

Then the doctor gently removed him and laid him on a table. They shaved his front paw (the only place the poor little rat still had any dignifying hair on his body) and injected the pink liquid from the tiny syringe into his vein. It took seconds for him to pass. The doctor put down the syringe, picked up his stethoscope, put it against the still animal’s chest, and Bolt was gone.

They wrapped him up in the towel and I carried him out of the room, the black tears now carving craters into the wrinkles under my eyes. I gently laid him in the crate that he’d come in and left.

We buried him in the backyard when I got home and I cried some more. Even my daughter noted that I was taking it harder than they were. I wanted to chalk it up to hormones and menstruation but since I’m post-menopausal, I couldn’t even blame my response on that.

I asked myself, why am I such a wreck over an ugly hairless rat-thing that I didn’t want in the first place, a creature that urinated and defecated all over my carpets, an animal that we referred to as our cat because he squirmed like a cranky feline every time you tried to pet him?

I think I figured it out—he was alive and now he’s dead. Gone from our lives. He’ll never leave horded pieces of dogfood in my kids’ closet or need me to cajole a flea treatment down his gullet. I’ll never step in his puddles of pee or have to crawl through the bushes around my house looking for his little escaped self. I’ll also never find him curled up with his healthy brothers in my pajama drawer, or reclining with one of my kids in their bed while they read a book or do their homework.

The memories of him have ceased. And the loss of life—any life—even that of a skinny, sick and seemingly useless animal is tragic.

When we were walking back in from our mini-funeral, Tia, my youngest, brought a sleepy Rambo to me. Rambo is one of our remaining ferrets and Bolt’s surviving brothers. He’s the dog, the cute one with a lush fur coat, the one who lays dreamily in my arms when I pet him, who follows me around the house, the one who stares up at me with his big brown eyes in supplication begging me for a treat every time I stand at the kitchen sink.

With Rambo resting in the crook of my arm, Tirzah asked: “Mom, how are you going to react when we lose Rambo?”

I don’t want to go there.