The day our sins were nailed to the cross.

Warning: Some images may be too intense for children

There was one dark witness at the cross the Bible doesn’t talk about.

The Maker had come himself to save his vile and defiant race, squeezing and confining his infinite Self into the mortal body of one man. A son. 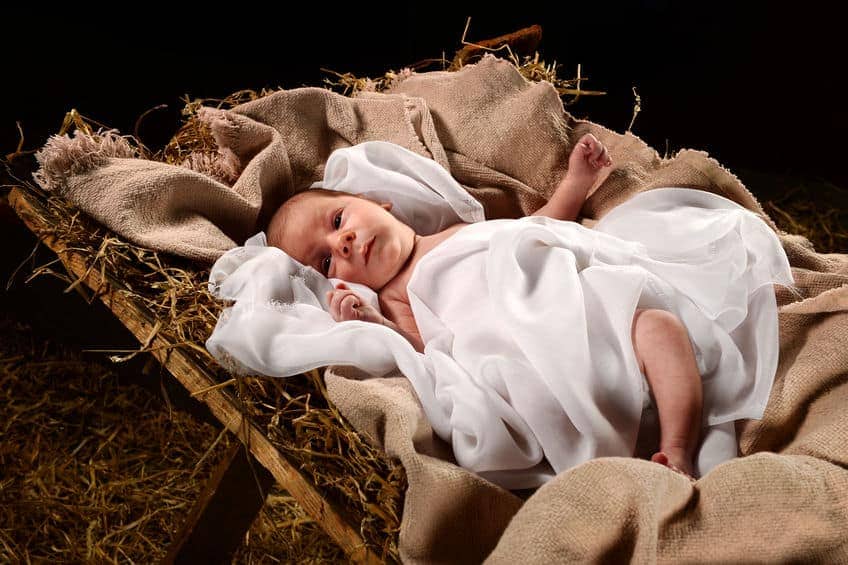 In the ensuring years, the dark angel had sent the pious, the possessed, and the pagan to trip up the son just once, all to no avail.

But now, his time had come. Beaten, betrayed, and abandoned, the Man—this son—would fall… and fail.

Leering over the crowd, Lucifer’s dark lips curved into a menacing grin as the Man appeared through a squad of soldiers, a heavy wooden beam tied to his shredded shoulders.

The crowd exploded in a roar of fury.

Beaten and bloodied from the brutal flogging he’d received at the hands of the soldiers, the Man stumbled, his matted hair hanging like a tattered curtain from the band of two-inch thorns crushed onto his head.

Then, as if perceiving some distant call unheard by all but him, the Man steadied himself and cocked his head. 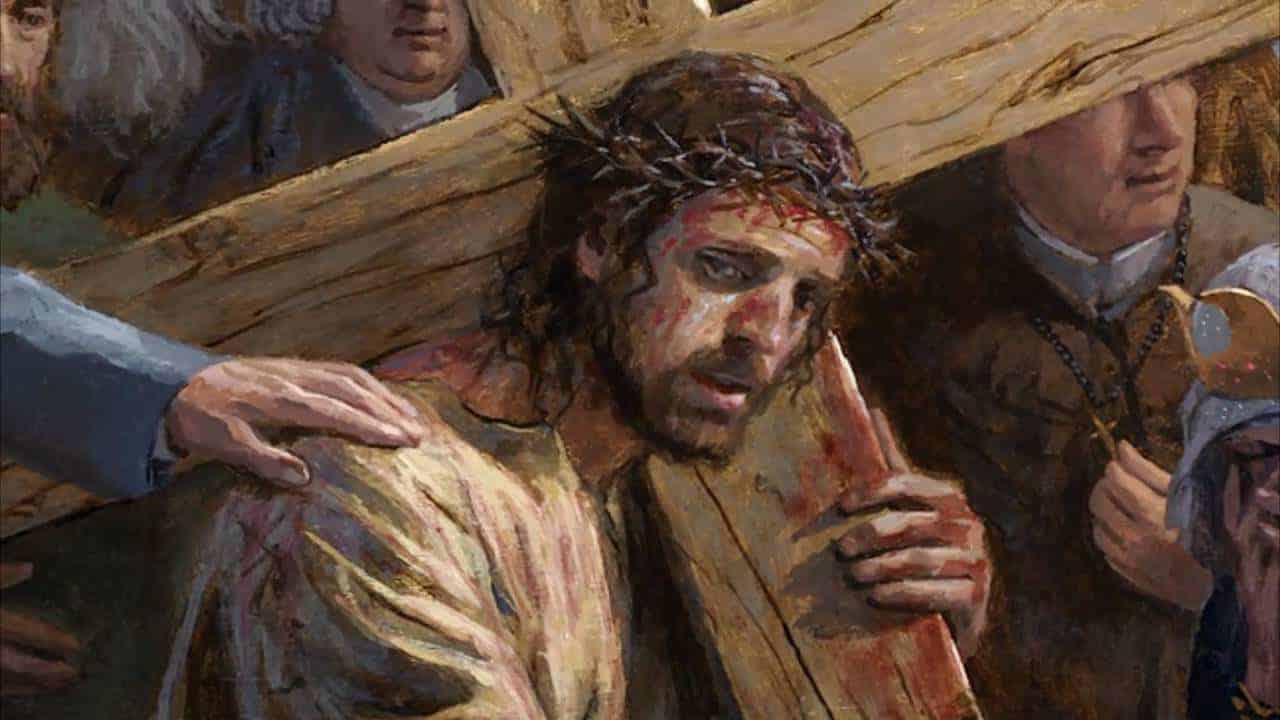 Lucifer watched as he turned and stared above the crowd. Through clumps of blood-soaked hair and bruised and swollen eyes, the Man’s gaze pierced the veil of the physical realm and locked on the dark angel.

Through cracked and bleeding lips, the Man whispered—

Lucifer’s grin faltered as he felt an unfamiliar clasp at his wrists and the strange sensation of gravity. He looked down at a pair of thick shackles clinging to his forearms, snug as gloves.

Someone in the crowd laughed a vain, raucous crowing.

With a roar and a slap of wings, Lucifer smacked viciously at the fixed cuffs then watched in mute horror as link after clinking link grew from the shackles, tracing dual lines to the approaching ground. They slithered like silver snakes across the space between the dark angel and the Man, through and around the feet stomping the dusty earth.

As Lucifer’s reluctant feet touched down, he watched the last link of the chains fasten to twin manacles on the wrists of the condemned Man.

With a cry of rage and a flash of wings, Lucifer yanked violently against his bonds, pulling for the air.

The Man staggered, the wooden beam on his back tipping him like a ship at sea. A soldier, unaware of the battle playing out before him and impatient with the prisoner’s dawdling, shoved the condemned man forward.

Lucifer frantically fought to climb, the limp chains clinking in his ears. It was if a great magnet had fixed on him and refused to let go.

The Man struggled to get his balance, then painfully settled the beam on his marred shoulders, turned resolutely toward his destination, and—chains clinking—began to walk.

The limp cable between the two warriors grew taut and yanked the dark angel around, dragging his feet to the parched ground. Lucifer stumbled then defiantly planted his feet and yanked back.

The Man didn’t flinch. There was more driving him toward his goal now than mere physical strength.

The realization of where they were heading and what was happening hit him and he roared again. His cries joined the crowd as he struggled and strained against the destination of this chaotic company. His feet slid across the dirt path. His hands reached for purchase but slipped uselessly through the mob. He could smell the greed, anger, and hatred of the crowd like a succulent dish. He’d fed off it for centuries, but now it brought him nothing—no power, no strength, no sway over the manacles the Man had summoned. 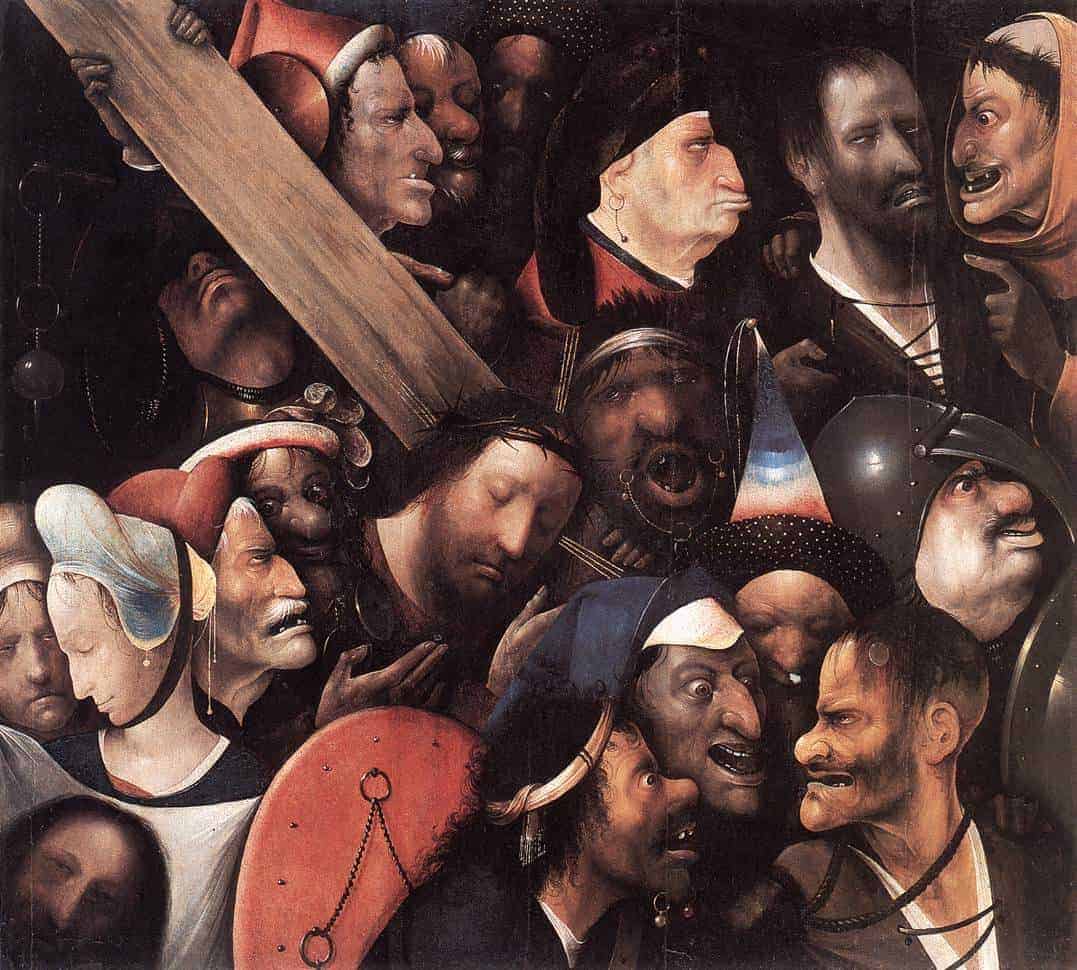 With another cry of rage, he changed tack and leaped before the Man, the chains almost tripping him. He grabbed a handful of the Man’s sweaty, matted hair, and yanked his head up. “Listen to them!” he screamed. “They hate you!  All they want is to kill you! You left heaven for them, became a dog like them, listened to their simpering whining and pleadings, healed their vile diseases, and this is how they thank you?!”

The Man paused then trudged on, walking right through the dark angel.

Lucifer leaped before him again. “You are God! Your angels are all around just waiting for a single word from you. Can’t you feel them? Go on, call them! These people don’t care about your Father or what he’s done for them, what you’ve both endured for them!”

The Man fell to his knees before Lucifer, the wooden beam toppling him forward. 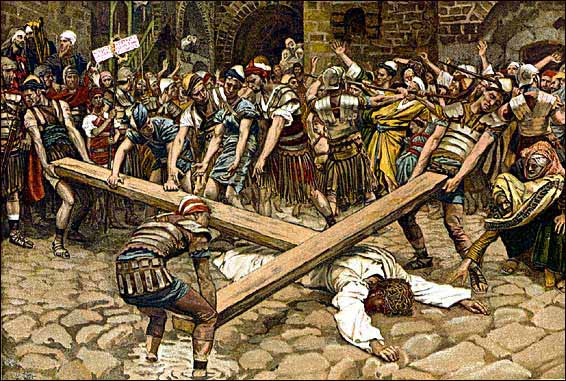 The dark angel bent to whisper. “Do you hear them? They despise you!”

The Man closed his eyes. “But I love them.”

Lucifer barred his teeth as the Man stumbled to his feet. “Love?” the dark angel taunted as the Man began to walk again. “Is this what your Father calls love? What father would let his son die at the hands of a worthless, ungrateful race of brute-beasts. Your father doesn’t love you!  He isn’t even here. Can’t you feel it? He’s gone. He’s abandoned you!”

The Man faltered, this time sprawling face first onto the rocky path.

One of the soldiers cursed.

With tears cleaning streaks down his dirty, bloody face, the Man gritted his teeth, pulled himself to his feet, and looked the dark angel straight in the eye.

A soldier shoved him forward right through the dark angel. Lucifer’s wail reached the caverns of hell—and was cut short as he was yanked around and dragged forward.

He stared at the chains in bewilderment.

They had shortened. During his tirade with the condemned, the chains had shortened. He glanced at the Man’s shackles. With each step the Man took, a single link from the chain disappeared drawing he and Lucifer closer and closer. The dark angel bellowed in indignation, but his straining had no more affect. Every step they took toward the mountainside, the Man grew stronger. Every step, Lucifer felt his strength ebbing.

The sun was up and blinding, but dark clouds were circling the horizon preparing to cut off the light with speed. 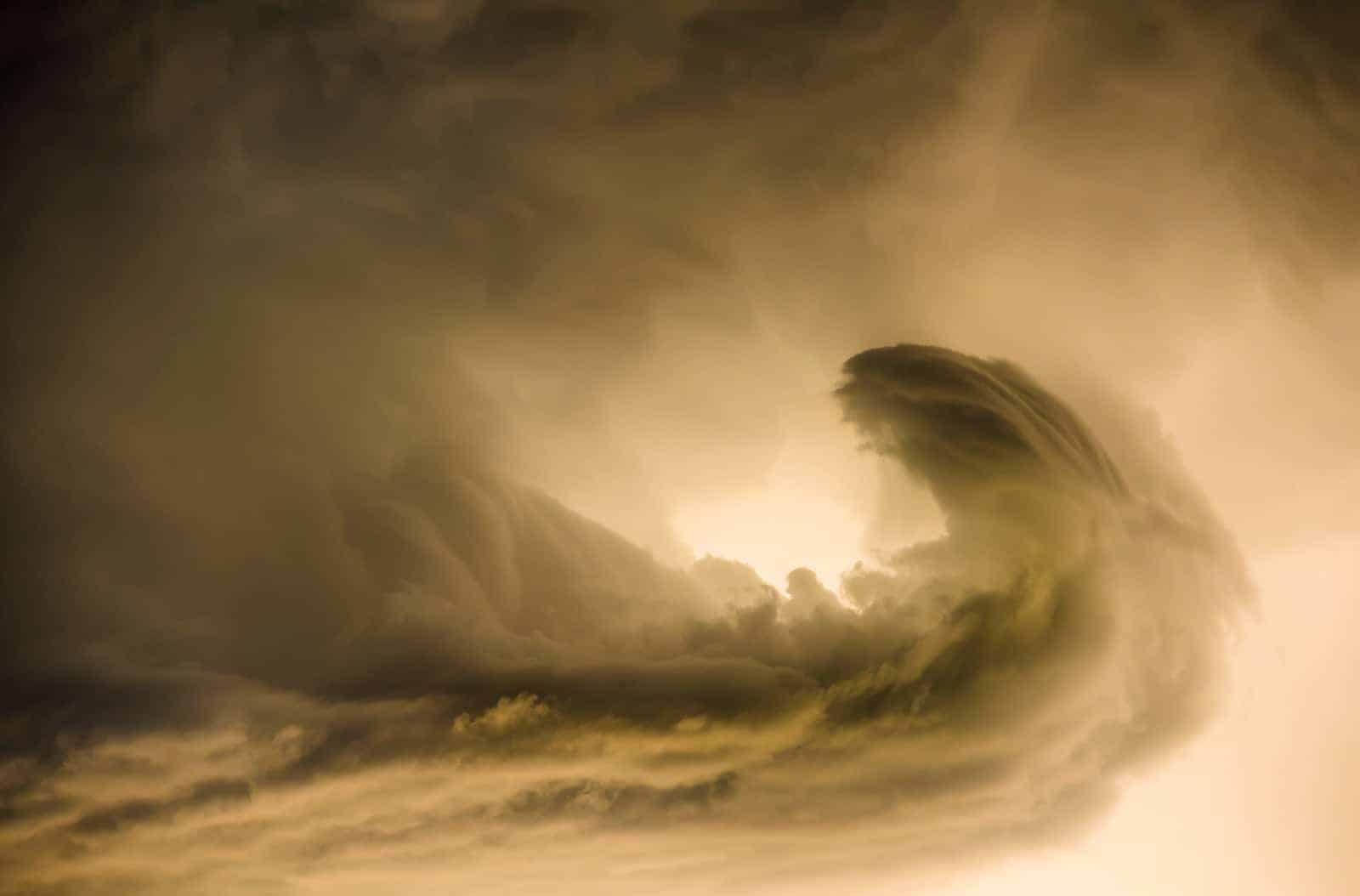 The crowd crested the hill of Golgotha and Lucifer spied the beams shooting out of ground like accusing fingers. All sanity fled as he was dragged across the ground toward the hill. His ravings rattled both angel and demon in heaven and hell. He would not lose.

He could not lose!

Casting the relieved bystander aside, the soldiers threw his burden to the ground.

Lucifer was so close to the Man now he could smell the salty repugnancy of his blood and sweat, but he was still surprised when he was whipped around with the Man by a gloved hand and shoved backward. The dark angel heard the last clink of the chain as he tottered and fell back—through eternity—upon the cross.

The other prisoners brought in behind them were screaming and straining against their bonds and captors.

Helplessly Lucifer watched the Man lift his arms almost one with his own and lay them across the beam. The soldier, hammer and nails in hand, eyed the Man strangely. Then with uncanny familiarity, he found the place at the wrist and pounded the iron spike through the Man’s hand—through Lucifer’s hand—driving their shackles together at last.

The sky cracked with thunder.

The soldier stepped around and repeated a nail into the other arm.

The sky ripped with anguish.

The soldiers lifted them, hanging by spikes in their wrists, and placed the cross beam atop the grounded stake. They crossed the Man’s feet—the dark angel fighting in vain—and drove the nail through his arch and into the wood.

Lucifer heard the cartilage crack. He closed his eyes against the pain, against the nightmare that had been his victory. The world was his. All of them had rejected the Maker. 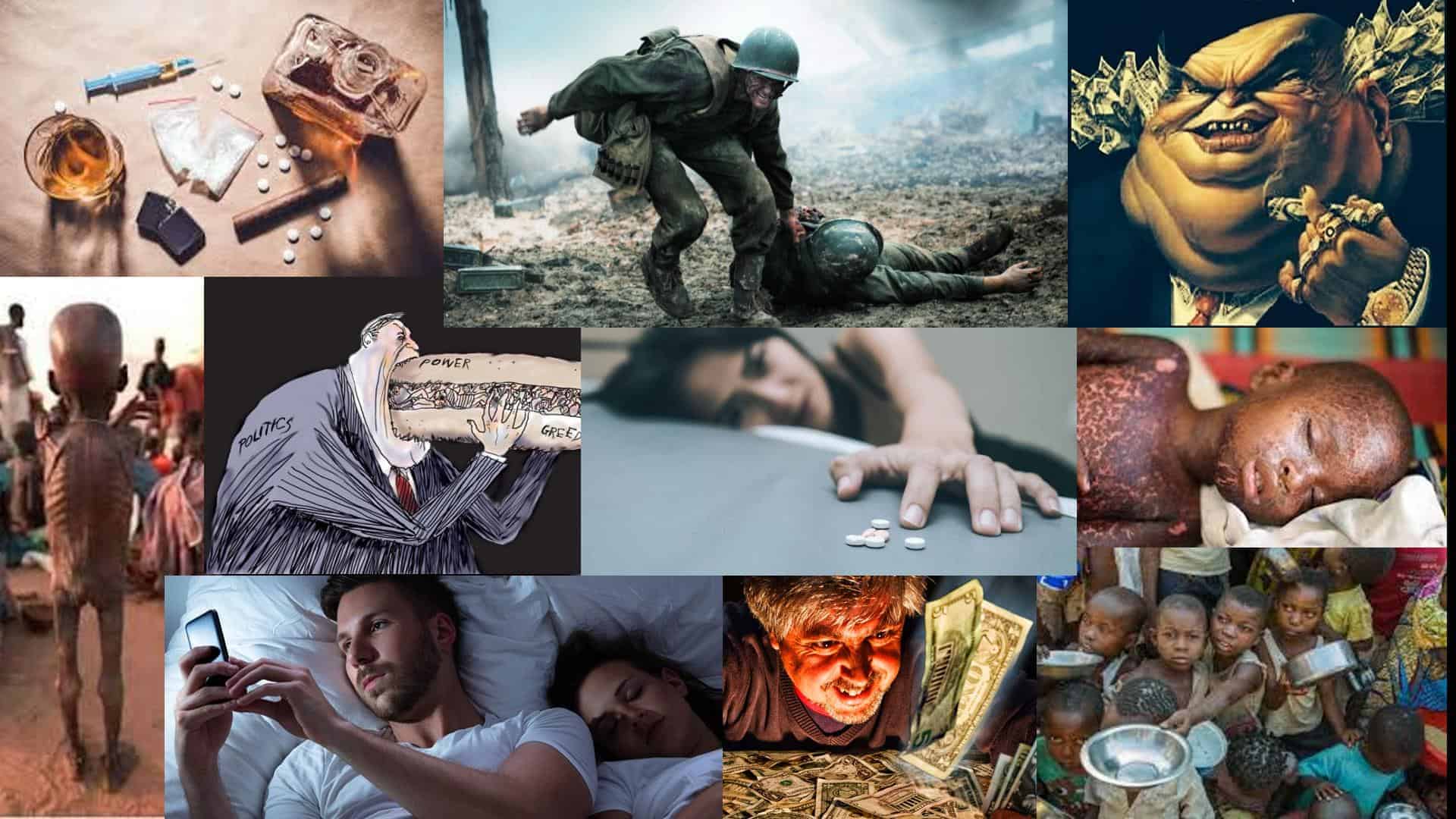 Yet the Maker had made a way. The Man. The Son.

Thwarting him, defying every obstacle he—He! Lucifer!—had thrown at him, the Son had become The Way.

With fully awakened horror, the dark angel opened his eyes and stared out on the crowd he had incensed, now taunting the dying victims in abandon, laughing at their deaths in ribald mockery.

From the pit of their souls, Lucifer and the Son cried out with one voice toward the blackened sky—

—one with a curse, the other a plea—

—and let the darkness fall.

The battle was over.

The fight was finished.

The war was won. 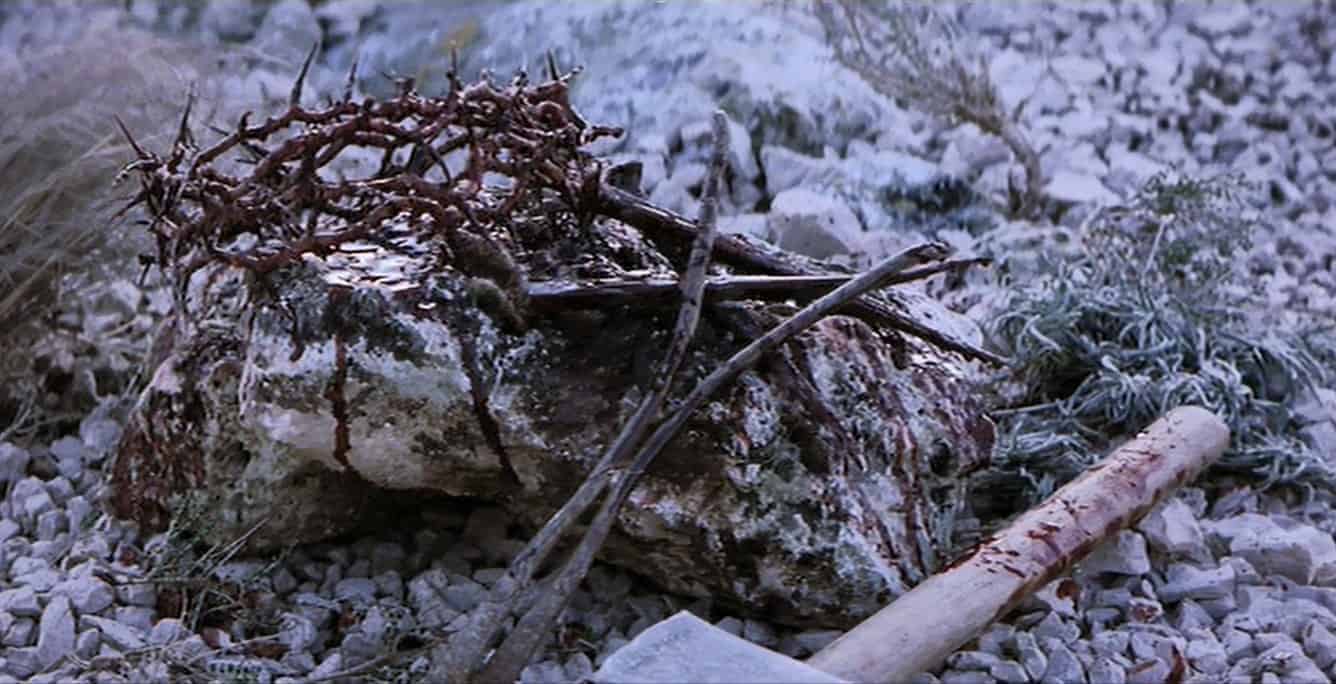 Experience another powerful story of Jesus’ life and passion.

“An innovative allegory of the greatest, most compelling story ever told. A masterpiece.” 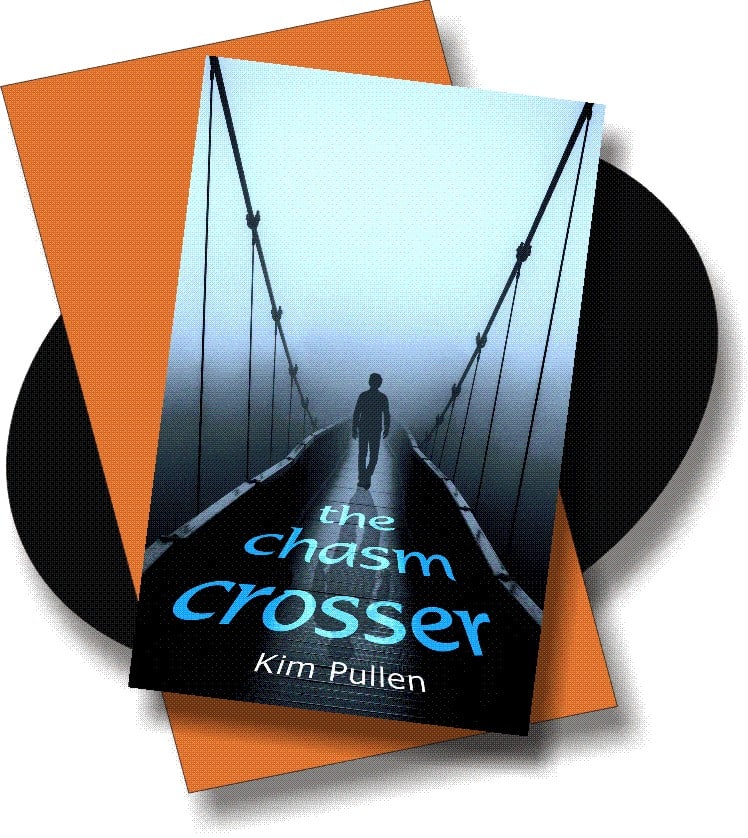 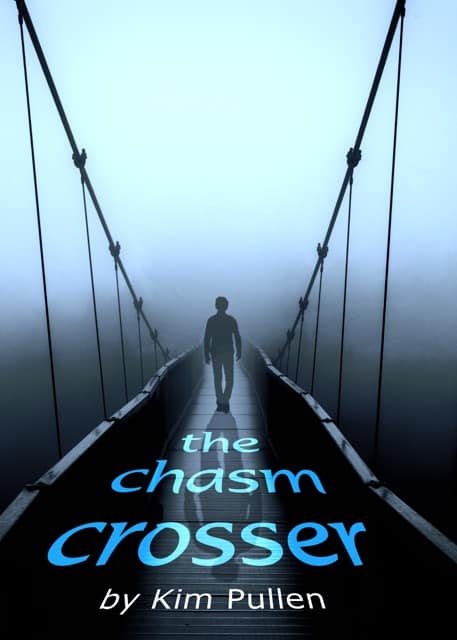