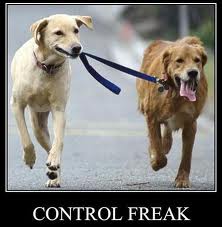 I’ve become a bit of an expert on co-dependency.

I went to “school” for it, spent years perfecting it, and even got “paid” for my dedicated service. I just didn’t realize any of that until recently.

I have a friend who’s an expert on marijuana. They fulfill all the same qualifications—school, years of study, and payment (literally and figuratively). They’re so good they can identify the vaguest aroma of pot in the air, mark anyone with a light buzz-on, and pick out a stoner across the room without looking in their eyes.

I’m better. I don’t need another co-dependent in the room with me. I can spot ‘em across social media channels, over a phone line, or in the printed word. They stand out like a neon sign.

In the last few years, the term codependent has started to get a bad connotation, much like the term alcoholic. Call yourself a codependent and uneducated people start hiding their children from you.

But self-aware co-dependents don’t mind using that term for themselves. It’s not a label. It’s just something we deal with daily.

Maybe you’re not one of our elite ranks. Most of us are either accused or deceived. My co-dependency was so acute, I was accused and deceived. A therapist’s dream.

What stopped me from doing the same stupid things over and over again expecting different results (that’s called insanity, by the way)?

Who showed me that the elusive thing called control would ever be water in my hand? What finally got through to me that I couldn’t change anyone, not even myself?

God, and a few other addicts. Control addicts.

I hope you’re not codependent, but if you are, if even an inkling of what I said resonates somewhere deep down, you I want to encourage you to step off the dance floor or get off the crazy carousel. As Isaiah said, “Why spend money on what is not bread, and your labor on what does not satisfy?” (55:2)

You’re welcome to contact me if you like. I promise not to force you to do anything you don’t want to do. I don’t do that anymore.

Well, I’m working on it.