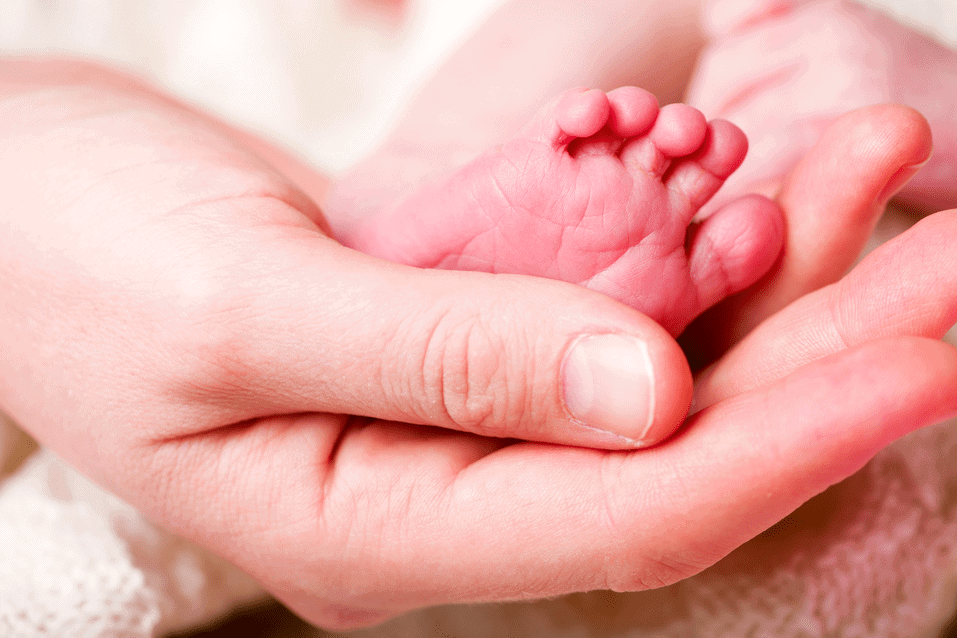 In April of 1996, in my fourth month of pregnancy, I found out the child I was carrying had multiple birth defects and would probably not survive. My husband and I chose not to abort but “let nature take its course.” I carried little Aiden for nine more weeks—he just didn’t want to give up. I wrote the following after he died.

Lying on the bed, my husband beside me, I knew the pain that no woman can describe and no man will ever understand—labor.

With a rush, I felt the child pushed out of me and through drugged consciousness, watched the nurse wrap the tiny purple form in a bundle before she placed him in my arms. He was bigger than I’d thought he’d be, his little head almost the size of my fist. A smear of blood that the nurse had missed ran along the side of his nose—my nose—I noticed. He wasn’t breathing. His eyes were closed, sealed, never having to look on this world. They viewed another place. My son, my first born, was stillborn.

I touched his face, still warm from life. The skin was so smooth, so soft, like a baby’s was supposed to be. I stared at him in amazement. He was part of me. This was the little life that had lived and grown and shared space within me. He was mine.

Later, as he lay in the bassinet by my bed, I lay my hand on him, feeling his warmth ebbing through the faded baby blanket. His palate was cleft and his hands were twisted but I couldn’t take my eyes off that face. For almost every other woman in the hospital that had a bassinet by their bed that night, their lives would be different from that day forth. They had a new life in their family, a new addition. They would be different because of that child and so would every other person that came in contact with them. The world itself would be a different place because of that child.

I cried when they rolled him out of my room that night.

The next morning, as we were preparing to leave, I asked the nurse if I could see him one last time. She brought him in, wrapped up loosely in that same faded blanket, the one that now sits on my dresser at home. He was cold, and in the recesses of my mind I knew they had probably refrigerated him overnight to preserve him. He looked a little different. In the last ten hours his detailed features had softened and faded a bit. But he was still mine. My baby.

As I sat there, hearing my husband dressing and preparing to leave, a thought crossed my mind, entered my heart, and locked there. I knew this was a significant moment, one that I had not anticipated and now did not want to face.

It was the moment I had to say good-bye.

Everything in me fought it, screaming, “I can’t do this! Not yet! Not now! Not so soon!” I knew I didn’t have the strength to do this. I called my husband. He came to my side and quietly he began to pray. I listened to every word he said, begging for the strength to let go. Every few moments, I opened my eyes and stared into Aiden’s little face. Then it was my turn to pray.

I don’t recall every word I said or every thought I had. I only remember begging God for strength and courage to do something I felt impossible to do—to let my child go. When I finished, I opened my eyes again and breathed. When the nurse came in to take him, I pulled him to me one last time, kissed his cool brow, and handed him to the nurse.

I was going to be okay, I thought. I can do this.

It was the most difficult moment of my life.

I think about it now and know that I have never been closer to God, never understood him better, as I did at that moment. I had never felt the mournful struggle to let go of something that I loved as much as I did then.

I realized, too, that I was wrong about something. While my little boy never came home with me, my life would be different. While few may ever have held him or gazed into his precious face or caressed his silken cheek, every person that I knew would be touched by him because of how he touched me. Not only would I be different, the world itself would be different because of him.

I know one day when we meet again, when he throws his little arms around me in greeting, he’ll look at me with his big brown eyes and say, “It was worth it, Mommy. It was worth it.”

After receiving this exerpt from me days after Aiden’s death, a minister-friend read it to his congregation. The next morning, one of his members called me to share about a young woman who had attended service with her the day before. Immediately after, the young woman turned to her and confessed that she was pregnant. “I had an appointment tomorrow to abort my baby,” she said. “But I’m not going to do it.” There’s a young woman alive today because of Aiden.