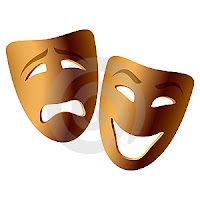 It’s amazing the ferocity of a mother’s protective instinct. Hunters know the last place they want to be caught is between a momma bear and her cub. On the reverse, a human mother in Quebec actually fought off a full-sized polar bear to protect her three children. I must admit to rising to the size of a grizzly bear (in my own mind, anyway) in a Toys R Us when a man glared at my autistic son (who was in the middle of one of his throw-down moods) with that look in his eyes and asked me, “What’s wrong with him?”

When I took my three-year-old son to his first safety swimming lesson, I had to sit on my hands for ten agonizing minutes as the instructor let my baby drop under the water again and again as she trained him how to surface and grab the edge of the pool. I knew that this was good for him, that it might in fact save him from drowning some day, but man, that first lesson was as painful as ripping off an acrylic nail. Especially when my little buddy kept screaming  “Mommmyyyyy!” and coming out of the water again and again looking at me like some beastly traitor.

My baby’s twelve now and I have two girls (six years and nine years) and while I’ve learned over and over that “hurting” them is often mandatory for helping them, it really doesn’t get much easier. The ole protective instincts always kick in like a knife in the ribs.

Yet God is just the opposite. He responds perfectly to our rebellion. He parries our pride with flawless humility. He foils our foolishness with transcendent wisdom. His disapproving eyes are neither too soft nor too stern. His rebuking voice carries both authority and tenderness. His rod of discipline strikes with just the right amount of force to leave its impression upon our spiritual bottoms. He is, essentially, both mother and father (Isaiah 66:13, Hebrews 12:7-10).

So how can we live up to such a superior example? Ah, but you see, the First Dad took care of that as well. It’s called “parents”. With an “s”.

If you’re blessed enough to be able to live within a two-parent marriage, you’re already well-equipped. If, that is, you’re prepared to recognize and be flexible enough to play both “roles” of parent. In the movies, these roles can be akin to the good cop/bad cop partnership. One person plays the heavy hand, the other the gentle reassurer.

I recently recognized that my husband and I swing between these two roles like a pendulum, which isn’t surprising because like most couples we are as opposite as the North and South Poles. (If you have the extra challenge of being a single-parent, you’re going to have to work hard to play both roles–a healthy version of a multiple personality disorder.)

What I discovered was that when my husband reacts strongly to our children’s disobedience, I find myself being the mollifier. Desperate HouseMommy, I ain’t. I try not to ever usurp his authority or challenge it in front of the kids. In fact, I work very hard to support his discipline. But I also work to make sure the bridge of love and communication is restored between my husband and the admonished child. Doghouses are for dogs.

When I’m the Big Kahuna reacting to disobedience, my husband doesn’t challenge it. He is supportive as well, but then he is the one who steps in to smooth the path for my children and I to be reunited. It all happens instinctively.

Or so I thought.

And then I remembered that God designed us. He designed marriage and parenting. He put a small part of himself inside us all. But then, to be sure that we didn’t rely on ourselves–as I’m sure none of us ever would–he split his strengths between us so we had to work together as a team. Like Starsky and Hutch. Like Holmes and Watson. Like Jekyll and Hyde. And sometimes, yes, even like Abbott and Costello.

It’s brilliant. It’s perfect. It’s divine. Is there any wonder why it works?