I’m a shameless artist. Not that I do any art that is shameful. Unfortunately, most professional artists nowadays tend to have such a bad rep and worse, they glory in it. The weirder, the better. Look at Lady Gaga.

I’m shameless as both a writer and an audience in that I unabashedly love the power of drama and the power of the hero to overcome all odds and finally stand, kneel, or barely lift his head in triumph. 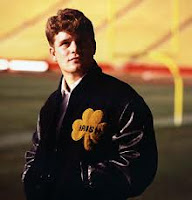 Pictures, stories, and music move me in ways that little else can. They stir something in me that the Ultimate Artist wove uniquely into my DNA in the womb. Nobody–and I mean nobody–in my family is drawn to the arts like I am. Nobody likes to read or write. No siblings float in a dream state for weeks after seeing a film like Avatar or Serenity. No cousins slog through bogs of sobriety after seeing a film like Schindler’s List or Sophie’s Choice. No parents or grandparents feel like taking on the world after seeing films like Rudy or Dead Poet’s Society.

And while I think I’m a bit of a freak in my own family, I’m sure there are lots of people out there in the world just like me. If not, the entire film industry would have dramatically collapsed into a celluloid heap of rubble decades ago. What is it about drama that moves us? What is it that sweeps us away? Truth is, while we are sentient beings, we are also sensual beings.

Over the last 500 years or so, the term “sensual” has gotten a bad rap. It used to mean “of or pertaining to the senses”. Now it refers to the lewd and unchaste gratification of the senses. Just that definition brings a nasty tang to my mouth (sense of taste) and makes my skin crawl (sense of touch). Alas, we can’t escape it. Our senses are how we connect to the world. They make us feel either dead (like when we have the flu) or alive (like when we ride the Tilt-A-Whirl at a carnival).

Jesus understood the power of the senses. He touched the leper who hadn’t felt a compassionate hand in years (Mt 8:3). He changed water to wine at an event where most of the attendants wouldn’t have known the difference between Boone’s Farm and a 200-year-old Chardonnay (Jn 2:1-11). He gave the Three–Peter, James and John–a 3D HD Blueray vision of himself in all his glory and it stunned them into speechlessness, or in Peter’s case, Foot-in-the-Mouth disease (Lk 9:28-33).

The problem is when we let our senses lead us instead of our sense.

Jesus understood this wrestling for control better than anybody. As one of the Triune, he made us (Gen 1:26). He was God in the flesh. But he was also very, very human. As an infant, he grew into each of his senses like any of us–tasting, touching, and smelling–connecting with the world around him but miraculously keeping his purity intact through his teenage and young adult years, no mean feat in any era. As a prelude to his ministry, he let himself be led into a state of hunger-induced weakness so he could master his senses with his sense of right[eous]ness (Mk 1:13). And finally, he refused the gall, an analgesic, at the cross (Mt 27:34) so he wouldn’t be denied the suffering he’d promised to bear. And so he could keep his head about him.

We use our senses to allow us to escape reality. Jesus used his to cling to it. To cling to his purpose which, among other things, was to help empower us to say No.

No is not a term we are comfortable with. No makes us squirm. No makes us angry. No has set us off since we were two-years-old. “Have it Your Way” is not just Burger King’s stalwart motto, it’s ours. Mine. I always want things to go my way. I always want to be happy. I always want to feel good. But if God thought Jesus–the Prince of All Creation, the One and Only, the Word in Flesh–needed to deny himself to walk the walk, who am I to think that my life is going to be all about Yes?

Good films inspire me to be nobler, purer, courageous, and full of faith. Bad films are like junk food, poisoning the system and leaving a layer of filth–real or imagined–inside and outside. With food, I can just shower and empty my bowels, but you can’t rid yourself of the vicious power of a bad film. Its images are indelibly printed on your memory like sunspots on the back of your eyes.

I know myself. I’d have lost. And the world with me. That type of drama is too real. Too in your face.