Shut Up and Paint Already

Have you ever had to sit and wait 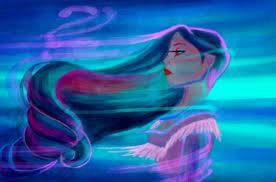 for somebody to just shut up?

They talked on and on about their problems and why this and that wouldn’t work—and you knew exactly how to solve their problem. But you also knew they wouldn’t listen to you even if you said it with a 3D Interactive PowerPoint presentation. Not until they were ready to hear you.

I have a place near my house where I like to go and pray. It’s by a lake and, with only one house backing into it, it’s the perfect place to go when I want to verbally talk to God and not look like I’m having a two-way conversation with myself.  My tax dollars keep the grass cut and the sidewalk trimmed, but I don’t pay enough for them to spray the weeds that grow, well…like weeds.

Often when I escape to this retreat to have face-time with God, I am interrupted by joggers, teens on their bikes, or neighbors with their dogs. I cease my conversation with You-know-who (I don’t want people to think I’m completely crazy) until they pass and then I move on with my ardent requests.

Today, even though I had a lot on my heart as I walked toward the lake, something silenced me. The thing is when you’re going to talk to God and you actually shut-up for five minutes you start noticing things you missed before.

I looked down at the weeds that lined the sidewalk and saw pale yellow flowers opening their blooms to the morning sky. I squatted down and stared into the opening blossom seeing for the first time its paper-thin petals and delicate stamen. A few steps away was a red ant pile that in other circumstances I’d have dumped a bottle of pesticide on.

But this morning, I stared at the tiny inhabitants as they took turns racing out of a hole in the miniature amphitheater they’d created, each carrying a grain of sand from inside their home to the top level of the stadium where they set it perfectly in place, and then raced back down the hole for more. No one ant shouted orders, none shirked their duty, they moved in perfect harmony.

A flash of crimson caught my eye and I glanced up into a tree and saw a male cardinal perched on a branch, his red feathers setting him off like a single gleaming Christmas tree light on a blue fir. He froze, as surprised to see me as I was to see him.

By now, I was entranced. I stepped off the sidewalk and moved toward a collection of bushes that I would have previously sicced my lawn man on with a weed wacker. Amidst the shrubs, dozens of morning moths danced from flower to flower, tasting and pollinating pink and orange blossoms.  A common brown lizard waited on a thin branch for the rising sun to warm his cold blood so he could be swifter than his breakfast.

I glanced up from the shrubs and saw hundreds of purple and white blooms dappling the ground, multi-colored daisies populating the shoreline, and Mallard ducks moved gracefully across the lake, their bodies pushing at the surface of the water forming a great arcing fan against the blue sky it mirrored.

How had I missed all this the last hundred times that I’d walked here?

Do you have eyes but fail to see? That’s what Jesus asked. He also said, He who has ears to hear, let him hear!

God wants me to talk to him, but a real conversation is two-way. Sometimes he wants me to let him talk. Not just through his Word, or through the spirit he has placed inside me, but through the pattern of life he has designed for and around me.

Just as he works in the background to keep the whole intricate and incredibly complicated creation in sync (Rafiki referred to it as “the circle of life”), God does the same thing in my life.  I just have to shut up long enough to hear him say, “Look at this” or “Did you see that?” Or as Pocahontas said, “Can you paint with all the colors of the wind?” (Can you tell I’m the parent of young children?)

If I stopped to look and listen to what God is trying to show and tell me, I think I’d need to spend a whole lot less time venting my worries and concerns (like he doesn’t already know them), and I could spend a lot more time enjoying the adventure…”Just around the riverbend!”

I know. I know. Enough already.

In what areas of your life do you need to “shut up” and let God show you how to “paint”?