The Nefarious Conspiracy Against All Sick Mothers 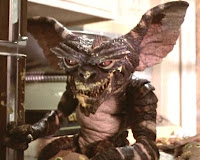 Here it is: There’s a nefarious conspiracy against all sick moms across the globe devised and executed by a consortium of gnomes, fairies, and gremlins. Yes, I know it sounds crazy. But the evidence has been mounting and I can’t keep quiet anymore.

I’ve suspected it for some time, but like most mothers, I laughed off my nagging fears as ridiculous. I would be in complete denial again if I hadn’t been struck down once more with a sore throat that put me out of commission for part of this past weekend.

Normally, I’m your typical working mom. Up at 6AM, make breakfast for three kids, make sure their teeth aren’t growing moss before they walk out the door for school, and then off to work where I spend the day serving others with a smile. Then it’s pick up the kids from school, dispense snacks, and homework, homework, and more homework (did I mention that I have three kids?), dinner, dishes, and laundry. Make sure the kids get bathed and they aren’t growing a garden behind their ears, have those memorable before bedtime talks (“Mom, what is ‘sex’?”), tuck them in, then clean up the house so I can start all over again tomorrow.

That’s the typical day. They don’t come then, when I’m well and have my full faculties, because they know I’d see them. I’m up and movin’ about my castle like her queen. But this past Friday, Queenie came down with a little something, and lo and behold, ole Mom needed to retreat to her bedroom for a little shut-eye.

That’s when the visitors came.

When I rose from my repose, toys, clothes, and shoes had magically appeared not in their rightful places, but all over the living room. I asked my three delightful children, who tend to be collectively glued to their Wii on the weekends, if they saw who had scattered the toys, clothes, and shoes about them. They turned dazed eyes upon me like they had just awaken from a spell, shook their heads, and looked about the house as if they were seeing it for the first time. “No,” they said, as their eyes s-l-i-d back to the T.V. screen and a blue hedgehog who looked like he’d gotten too liberal with the hair gel.

That nagging suspicion that I’d pushed to the recesses of my mind bloomed and loomed before me, and I backed my way toward their bedrooms.

I yanked open one of their doors only to find the room empty of inhabitants but transformed from the neat sleeping chambers it had been two hours previous to a child’s version of the invasion of Normandy. Dozens of school books had apparently sprung legs, found their way out of bookbags, and now lay littered all over the floor. The hamper was overflowing with laundry as if the clothes had been fighting each other to get in, and a full platoon of Pokemon, Littlest Pet Shoppers, and miscellaneous dinosaurs were having World War III at the threshold of the closet.

I staggered to each of my little darlings rooms. Each of them was the same. Hurricanes Andrew and Katrina combined could not have done such damage.

From the living room, I heard the Wii changing gears and Mario and Luigi began their mad battle for the animated baseball Hall of Fame.

With mounting fear, I turned to the kitchen, my haven (or prison depending on how you look at it). Every square inch of space was covered by dirty dishes or cups or half-full containers of milk or orange juice. Used Capri Sun pouches lay on the floor flattened and drained, their tiny straws sticking from their centers like stakes. The remnants of Doritos, Cheetos, and Lays snack bags lay across one counter their mouths gaping open in a silent scream of protest. Half-eaten sandwiches and pizza crusts lay cold and hard as if rigor mortis has set in.

I shook my head, vaguely aware that Mario had just hit a homerun. All my suspicions flooded my head till I thought it would explode.

They’ve come for me. The trolls, the fairies, the gremlins. They found out I was sick and they attacked. First, they hypnotized my angelic children with that—that—Wii thing. Then they systematically dumped clothes, toys, and shoes around their little feet. Then they moved to the bedrooms, laying siege there. And finally they had a house party in my kitchen toasting my illness with fruit punch, Nacho cheese chips, and Red Baron Pizza. All while I slept.

I backed from the kitchen, hearing Luigi offer one of his sickening guffaws of sporting triumph. Something must be done, I nearly cried aloud. Call the police! Call the Coast Guard! Call Frodo Baggins!

I froze when I remembered what the authorities do to people who imagine they see little green men. White straight jackets aren’t really my thing. I remembered Will Smith’s memory zapper from Men in Black and recalled that I really did like my mind just the way it was.

Must have had a little too much cough syrup before my nap. I’ll be just fine. A lingering dream, mayhap. See, in my state of sickly consciousness, I think I forgot the unwritten, unspoken rule that all mothers sooner or later discover: Mom’s aren’t allowed to be sick. (Or they get visits from…little friends).

Okay, okay. I’m just fine (cough-cough). Now if I could only find the dish soap.