The Ranks of the Chewed-Up Flutter-bys 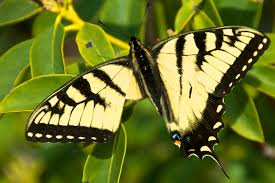 It’s amazing how God uses insignificant moments in life to prompt major shifts in our
thinking.

I went for a walk by my neighborhood lake. It was mid-morning, the dew was almost dry, the wildflowers were wide awake, and the butterflies were flutter-bying. Two of graceful creatures caught my eye. They were both large monarchs with mammoth black and amber forewings, but one had dazzling dappled blue hindwings.

When I looked closer at Bluey’s companion, I realized most of her hind wings had been bitten off by something, probably a bird. I felt instantly sad and broken-hearted for the crippled butterfly. But as I watched, she danced as lithely from one flower to the next as her blue-winged buddy.

Something had struck this creature down, trying to take not just her beauty, but her life. And here she flew. She’d adapted to her clipped wings, finding a new way to move with such grace. I marveled.

As I continued my walk, I spotted a moth sitting on the sidewalk, his wings folded and still. He blended so well into the weather-worn sidewalk I almost stepped on him. But it was just a moth and I moved on.

Upon my return home, I noted the moth was till there. He hadn’t moved. Curious, I squatted down beside him to take a closer look and gently touched one of his unmoving wings, expecting him to flutter away in alarm. But he didn’t.

And I realized he was dead. Probably had been for some time but he’d blended in so well to his surroundings that nobody, not even his natural enemies, noticed.

I marveled again. And then mused.

Which was I? The moth who blended in so well with the world around her that nobody notices she is dead inside, or the marred beauty who unashamedly opens her battered wings and lets the breeze carry her from flower to pollinating flower, glorifying her creator as she fulfills her purpose?