The Wet Feet of Faith

My feet are finally firmly planted on the water’s surface. (Yes, you read that right.)

Six years ago, I stepped out of the boat and agreed with my husband to open our fitness studio. Last year, I let go of the edge of the boat and started homeschooling.  This month, I’m stepping terrified across the surface of the water—my eyes on Jesus—as I surrender all of our business and personal finances over to my talented husband.

When I’ve told friends about my latest step of faith, the response has been…well, educational.  Those women who are control freaks like myself have looked at me like I’ve relinquished the Holy Grail.  Those who think I’ve secretly discovered how to successfully clone myself and have swimmingly carried it off for the last few years, are saying “It’s about time.”

Anyone who has ever spent more than five minutes with my husband knows that he is abath with talent—musical (is there a type of drum he doesn’t play?), vocal (not only can he sing, but he speaks English in twelve global dialects), physical (he defines the new “twelve-pack” abs), and creative (he has come up with more ways to torture our clients with an elastic band than a drill sergeant).  And vigor? My wealth would rival that of J.K. Rowling if I could bottle his energy.

But truth be told, administrative stuff is really not his thing. It’s mine.  That’s why I’ve pretty much done the bills since day one of our marriage.  Plus, like I said, I’m a control freak. And, as my husband is a very wise man, he willingly agreed to let me do the finances while he patiently sat back and waited (for almost 20 years) for my manic need for management to run its course.  And it has finally run me right into the ground.

Remember when I surrendered my Supermom cape (see February 12th 2011 blog entry), that was like the modest tremor that ran across the bow of the Titanic when it struck the iceberg.  It was the promise of a major need for abandon ship when instead everyone on the sinking hulk stuck around eating foie gras and listening to the string quartet while the bottom decks gorged on the Atlantic.  In other words, if I was a wise woman, I should have seen this coming.  But I’m not that wise, and I didn’t.

When I stopped writing—no, let me correct that—when my potential writing time was spent wading out of the mist of my overstressed brain, it should have been a sign. That I would rather watch re-runs of Gilligan’s Island than Lost was a clear sign that even prime-time television required too much thinking for my overtaxed mind.

My personal deadline is July 31st, only three weeks away.  After that, I’ve commited to not thinking about the finances which includes not dislocating my neck to look over my husband’s shoulder while he pays the bills or setting my alarm clock for 3am so I can secretly peruse “the books”.  In fact, the first thing I’ll do in the morning will be to scour my fuzzy teeth instead of floudering around the side of my bed for my laptop so I can check the nightly deposits.  I am committing to actually making my bed every morning instead of making a list of all the bills that need to be paid that day.  And I promise to check to see if my kids are breathing before I check on my emails.

It’s a difficult job, but someone has to do.  No, I mean that.  It will be a very difficult thing for me.  It will be like an Italian sitting on his hands at a family dinner. Like a dentist studying the shoes and not the teeth of people in the grocery store line.  Like a politician not passing the buck.  Like a dog not scratching a flea.

Don’t you hate it when you’re watching one of your favorite TV shows—the car with the protagonist goes over the cliff, plunging to the rocks below—and the picture goes black and the words TO BE CONTINUED flash over the screen?  In the old days, the expressive narrator would come on and ask, “How will Kim make it through August?  Will she be able to really surrender the control of the finances to her husband? And what about the taxes?”

I wouldn’t do that to you. 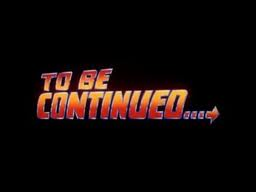