The Worms are Dead 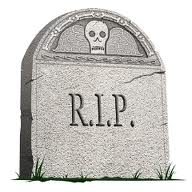 The worms are dead. And if they are any indication of my future as a homeschool mom, I’m in trouble.

I got up on Monday morning, walked into the kitchen to prepare breakfast for my sleepy army, and thought I caught the faint whiff of stink. At first I thought it was the garbage can. I bet none of you have ever thrown uncooked chicken into the trash and smelled it throughout your house two days later. That’s what I thought it was, too. So after emptying every garbage can in the house (in which I subsequently found a set of house keys, a past due library book, and an expired merchandise receipt for which I had scoured the house, sure I had left the thing right there), I thought I had done away with the rancid odor.

Alas, no. I kept smelling it…somewhere passed the kitchen trash can…somewhere around the corner. I’m sure I looked like a two-legged Fido, sniffing the air, following my nose and the putrid scent into my office. I turned and…there it was again. Just a whiff by the bookshelf. That was where it was strongest. I frowned, examining the bookshelf. It wasn’t my Complete Works of William Shakespeare. Nor was it my Stephen King collection (although rot is a regular visitor in his stories). Nor was it the vast array of miscellaneous items normally reserved for a junk drawer (matches, an eyeglass case, ankle weights, loose photos in dire need of an album).

Sniff.  It was closer.

What can I say? My girls and I followed the directions for the little worm experiment to a tee. The squirmy rascals just didn’t want dig down into the potting soil and do their duty to science. Or so they thought. ‘Cause now, their decomposing corpses (heaved over my backyard fence into the woods) are evidence to my little scientists that The Circle of Life ain’t just a song. Good little worms.

My girls got so excited about watching something decompose that they decided to leave an apple and an orange on the kitchen counter to rot. The fruit oozes periodically but at least they aren’t perfuming my house with annelid malodor (worm stink).

As I promised them, we concluded the week with a fieldtrip to Gatorland. The girls enjoyed themselves. I was unnerved by just how many alligators and crocodiles the place housed. On island after island, the reptiles lay piled atop each other–hundreds it seemed–warming themselves in the sun (looking not much different from the worms in our jar, now that I think about it).

We rode the Gatorland train around the park at all of 3 mph, fed the turkeys who were more interested in pecking our hands than the food, watched a man wrestle a 10-foot alligator with his face ridiculously close to the reptile’s, and stayed for the jumping alligator contest. Yes, you read that right–jumping alligators. Now these babies can’t compete with the dolphins at Seaworld (for which we also have annual passes) but for lumbering relics of the dinosaur age, they got game. Plus, they’re jumping for the croc version of fillet mignon–bloody chicken parts. It was a little disturbing the way the whole crowd–prompted by a Gatorland employee–cheered on the competing gators like we were in a Roman gladitorial contest (the result of too much Dexter and CSI, I suppose).

All in all, it was a good week. Except for the dream I had Friday night where I found myself reading Hamlet while suspended over a quagmire of sharp-toothed nightcrawlers, all jumping for the oatmeal in my open hand.

I need a vacation.