Asking the Wrong Question about Creation 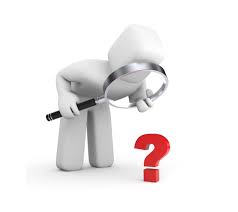 Here’s a Jeopardy answer for you:

How long did it take God to create the Earth?

We’re not going to bother entertaining the absurd argument that matter suddenly popped into existence without intention and intelligence.

But even people who believe the Bible have found something (else) to disagree about (we’re human, aren’t we?). So here’s the two major theories of Creationism:

God created the world in six 24-hour periods. This school of thought takes the Bible literally.

Based on 2 Peter 3:8, “With the Lord a day is like a thousand years and thousand years are like a day”, God used the term “day” in Genesis 1 but meant a vast period of time (like a billion years).

We’re assuming, of course, the truth could only be one theory or the other. As usual, we think we’re bigger and smarter than God, and our finite brains can explain a being outside of time, space, and conception.

I propose a third option. I propose we’re asking the wrong question. The real question is: How long does God want us to think that it took him to create Earth? The real fact is, he could have made it all in six seconds and made it look like it took six billion years. In fact, to him, it could have been six seconds because remember, he’s not bound by time and space.

The right question is—who cares? Why look back expending time and effort just to create divisiveness between believers. Instead we should be:

In the long run, which theory is correct is irrelevant. When we trade this temporary dwelling in for our heavenly one, we won’t give a flip about days, years, or epochs since Creation, Earth, and our minute time here will fade from memory in the vast timelessness of eternity.