What’s in a Name?: Finding Our Real Identity 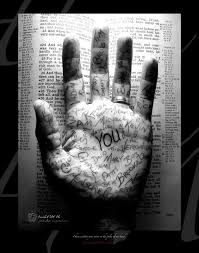 I remember when I was 17 waking up nearly naked in a strange bed next to a young man I barely recognized. I also remember gathering up my remaining clothes and fleeing.

Later, I couldn’t help asking myself what had happened. I knew I had gone to a friend’s party, I knew I had gotten drunk, but I had no recollection of how I had ended up in that predicament. It scared me.

What had I done? If I couldn’t even remember making my own choices, whose will had I followed? For those few hours, who had I become?

I was a “Christian,” a believer who had “prayed Jesus into my heart” a half-dozen times in our church pew. How could I be living this way? I knew the difference between right and wrong, and yet I was making choices I knew were so far outside of the will of God.

The fear wore off quickly though because my partying continued in earnest. The next time I acted out I was completely lucid, appalled at my own behavior and even sobbing, but diving into my sin nevertheless.

The truth was, I didn’t recognize myself.

When the demon-possessed man in Mark 5 threw himself at Jesus’ feet, Jesus asked him, “What’s your name?”

There are so many different theories as to why Jesus would ask this. Did the Son of God, who knows every hair on our heads (Matthew 10:30), not know the man’s name? Or as some modern folklore would suggest, did Jesus need to know the name of the demon(s) to cast it (them) out?

I say, no. I think Jesus asked the man his name because, in the enormity of his sin and its repercussions, the man had completely lost his identity.

When we are caught in the cesspool of our sins, the only thing that can shake us from our stupor and remind us who God intended for us to be is Jesus, the pure presence of light and truth. Jesus did it with Peter (John 1:42; 21:15-19) and he did it with Saul/Paul (Acts 9).

In the glut of today’s social and entertainment media and the party-first-think-later mindset, the millions of voices vying for our attention every minute can make us forget who(se) we are. Only sitting in the presence of Jesus can remind us of the name he’s gotten written on his hand*—ours.