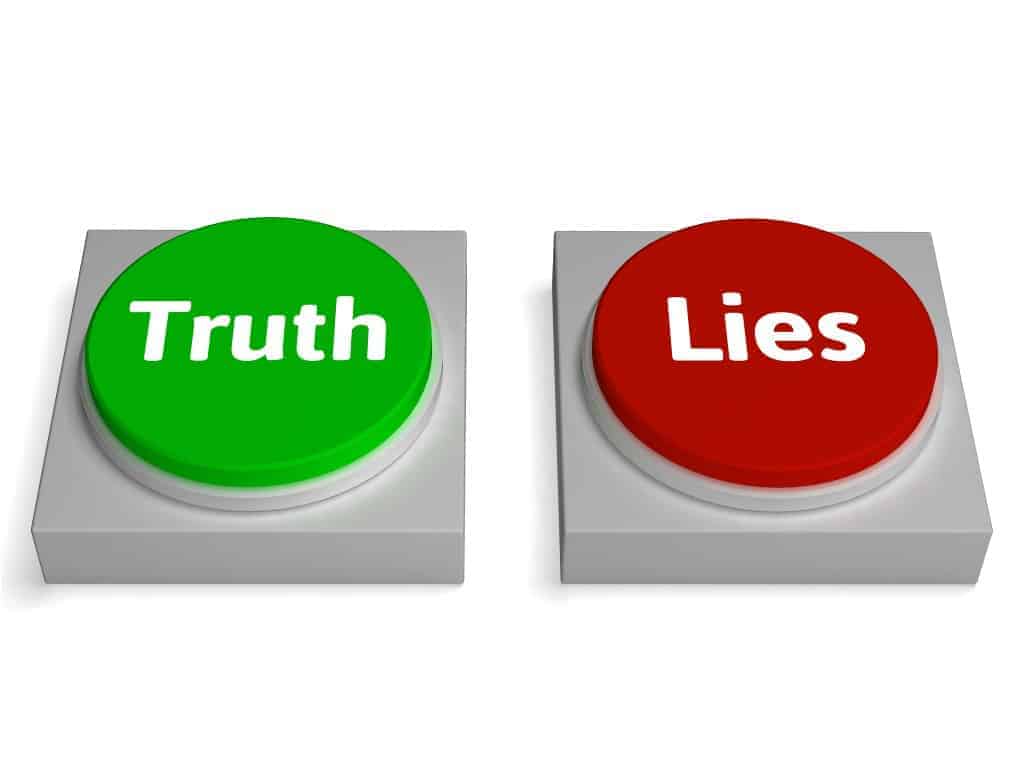 Lying to others is deplorable. It erodes trust, the glue in any relationship.

You don’t have to look to the political arena to see it either. Look at your workplace, in your home, and even in your own heart.

But lying to ourselves (and to God) is worse than lying to others. It’s a sign that we’ve hardened our heart to a fundamental truth about ourselves and we do not want to face it.

We Want What We Want

When we set our heart and mind on something, we don’t want anybody—even God—telling us we can’t have it. Whether it’s a car, a new gadget, or a relationship, we’re convinced it’s “the thing that’ll make us happy.”

When our conscience first pricks us, we may flinch. Instead of questioning the poking, we shrug it off, refocus on “the thing that’ll make us happy,” and bat aside the internal arguments like flies. We invent counter-arguments for why we’re right and our conscience is wrong (lies), and we gobble them up like candy.

The most renowned king in all of human history did this in 2 Samuel 11 and it led him to adultery and first-degree murder. And he was called a man after God’s own heart.

How in the world did I think I was immune? I wasn’t.

For me, “the thing that’ll make me happy” was the approval and acceptance of others. I spent years in and out of my marriage lying to myself and to others trying to be what they needed. I became quite the unconscious contortionist. And it worked. For a while.

We’re Afraid to See the Darkness in Ourselves

Distraction is our culture’s salve. We use work and play equally to medicate ourselves from truth. We distract ourselves with jobs, fitness, and family activities just as effectively as we do video games, movies, and music to avoid addressing the childhood wounds of abandonment, abuse, or trauma.

Or we consume ourselves with gossip and social media so we don’t have to acknowledge how desperately alone we feel. If we did, we’d have to listen to the voices that question how anyone could love us after all the shameful things we’ve done. [1]

This is where isolation does its best work.

My dad and granddad tried to be great fathers, but they unknowingly passed down a legacy of lies—weakness is bad. And I am my father’s daughter.

We’re Afraid Others Will Reject Us

If I had such a hard time accepting myself with all the flaws, what in the world would others think?

In my marriage, I needed so desperately to be loved that I spent years lying to myself (and to my husband) about who I was because I feared rejection and abandonment. Not “big” lies like I robbed a bank or had an affair. But important lies like I felt beautiful, smart, or successful when in reality, I felt broken, flawed, and unlovable.

Imagine my shock then when my greatest fear was realized despite my perfect performance—my husband rejected and abandoned me anyway. I later came to find out that he and I weren’t that different—he’d spent a lifetime lying to himself as well.

For both of us, truth led us to acceptance of ourselves and each other. We haven’t arrived—I’m learning how to always speak the truth in love [2] and sometimes it’s like speaking Swahili—but we refuse to go back into the dark.

What’s my big takeaway? Truth is much less painful when you willingly swallow it than when it has to be forced down your throat.