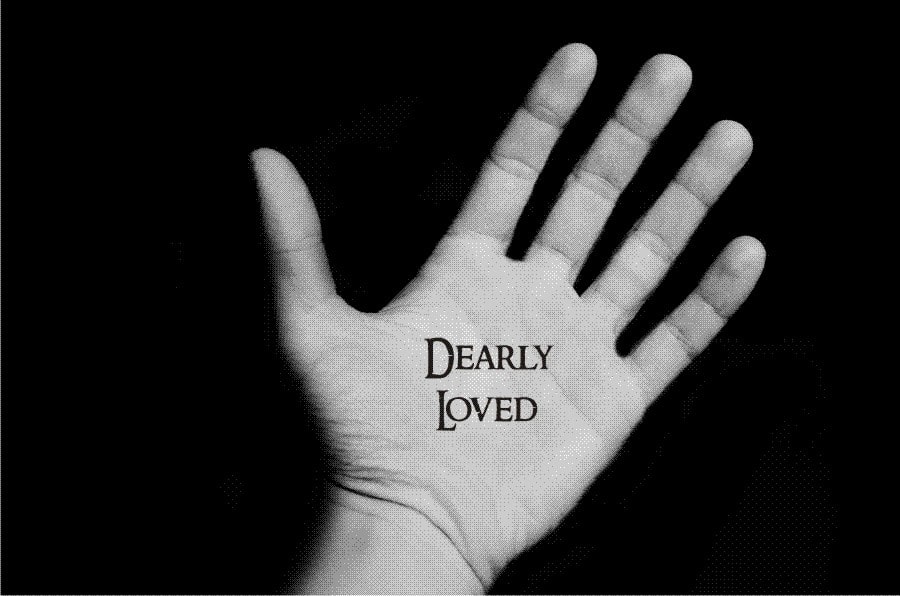 Once upon a time there was a princess.

She lived in a grand home with every material possession a child could desire. She had beautiful clothes to adorn her and food to whet her every appetite. With her father and mother, the king and queen, she traveled to the country, traveled across the sea, and visited faraway places.

In spite of all the plenty, the child starved. Not of food, shelter, or protection. Not of toys and trinkets. Not even of attention. No, this child was starved of love.

On her twelfth birthday, when it was her people’s custom to crown all princesses with their Diadem of Approval—a simple crown of gold presented by the king and queen—the princess was overlooked. Her father was busy in foreign lands fighting in the name of the Creator. Her mother was preoccupied ensuring the people honored the Creator’s Son. And the priests were distracted with the needs of their congregations.

That night, standing before her gilded bedroom mirror, she stared at her beautiful face, seeing the word “unworthy” inscribed on her uncrowned forehead. She whispered a prayer to the Creator, a prayer of forgiveness and a supplication that someday she might be worthy.

As the princess passed into adulthood, crownless but acknowledged by all as royal, she served her parents, her people, and her Creator tirelessly. She nursed the sick, fed the poor, and sheltered the homeless. Her craft and talent grew. Her reputation always preceded her and her people held her in high esteem.

When it was time to marry and her husband was crowned king, again she was slighted for her diadem. The king was occupied fighting wars in the name of the Son. The governors were busy enforcing laws given by the Creator. And the priests were attentive to the abundance of lost souls.

After the king’s coronation, the queen stood staring at the darkening sky through the grand window that overlooked her fair city. In the candlelight, she caught her reflection in the glass. Her noble head was wreathed with braids and baby’s breath, but no diadem. Only the shadowy word “unworthy” marked her pale forehead. She blew out the candle, gazed into the star-laden sky and beseeched the Son to forgive her many transgressions and one day mark her worthy.

As she grew in grace and generosity, the queen wore duty and fealty to her husband and people like a glorious cloak. Her children stood in awe of her, marveling at her insight and wisdom. Her love for her people was only surpassed by her diligent work on their behalf, securing their safety when danger threatened their shores, procuring provisions when famine threatened their lands, and soliciting their gratitude when plenty threatened their generosity.

One day, when more years were behind her than before her, she traveled to the whispering shores of a serene lake to shake a disturbing melancholy that overcame her soul. Her servant lit a fire by the water’s edge and the queen warmed herself. She stared into the flames, the light dancing across the hollows of her cheeks.

The clouds of despair only came when her mind was quiet. For years, she labored unremittingly keeping the gloom at bay and the voices from declaring her worth. But her body was slowing and the voices were always with her now. Her father’s stern voice professed her “lacking”. Her mother’s stately voice proclaimed her “less”. And her husband’s sinewy voice pronounced her “wanting”.

A cry came from the still lake.

The queen gazed up from the flames to see a person flaying about in the water. Quickly, the queen stripped off her outer garments and dove into the icy water. Her teeth were chattering as she swam back to shore dragging the wet bundle of sticks and rags that turned out to be an elderly woman.

Once divested of their soaking garments, swaddled in soft wool, and warming themselves by the fire, the queen said, “Dear lady, this was not a good day for swimming. What possessed you to venture into the water?”

The crone’s vacant gaze wandered back to the lake. “I hear voices,” she said. “They speak to me. Today the Creator spoke and the Son beckoned me swim.”

“Perhaps you are mistaken. I don’t think the Creator or the Son would lead you into such danger.”

“They often speaks to me,” she said vaguely. “I don’t always listen. Today I listened.” Then she returned her gaze to the queen, “And you are here.”

Pulling the blankets tighter around her, the queen smiled indulgently. “Maybe you have been listening to the wrong voices.”

“No, my queen. I’m afraid it is you who has been listening to the wrong voices.”

The queen’s smile faded. “What do you mean? How do you know me?”

“Every citizen of this land knows you. You are our queen. The crown upon your head tells me so.”

The queen was surprised by her own bitterness. “I have no crown,” she said bringing a hand to her temple to brush aside a wet lock of hair—and finding a metal band about her head.

“You are the queen,” the old woman said simply.

The queen stood and moved to the lake’s edge. She stared into the mirrored surface of the water. A diadem sat upon her head, gold and glorious, rimmed in rubies, more beautiful than any crown she’d ever seen. “I don’t understand,” she said.

A strange tingling shot through the queen’s hands. She gazed at them and gasped.

Written across her palms were three words, one in her right hand—

—and in the other—

With a worn and aged hand, the elderly woman lifted the queen’s crowned head so she could gaze into the monarch’s tearful eyes.  “My lady, you have always been worthy, always dearly loved by He who matters most.  Can you now and forever finally let that be enough?”